The Aurora Blue matte-finish all-metal back make it a complete eye candy.

Dual rear camera setup with different modes and filter for those who love to experiment with their photography. Ample RAM and sufficient storage make it a value for money device.

India is the most price sensitive market for smartphone manufacturers with hundreds of phones launching every year. Most of the devices launched in the country belong either to mid-range or budget smartphone segment. This is due to the buying habits of the Indians.

The budget smartphone segment is among the fastest growing smartphone segments in India but from year to year, the mid-range category is gradually becoming more popular to beat the budget category, based on the reports from Cyber Media Research (CMR).

The ZTE-owned Nubia recently launched its recent mid-budget smartphone segment offering, the Nubia Z17 Mini Limited Edition in India. One of the biggest highlights of the smartphone is a dual rear-camera setup, that allows users to capture professional-like photos in an asking price of Rs 21,499.

The Nubia Z17 Mini Limited Edition has been placed in direct competition to Vivo V5s selfie-centric smartphone, Oppo F3 is another option in this price segment with dual front camera setup for capturing both standard and wider selfies. Other competitors include Lenovo Z2 Plus, Lenovo P2 and Moto G5 Plus. While the closest competitor to the Nubia Z17 Mini is the Honor 8, which also boasts a dual camera setup on the rear and is priced at Rs 18,999.

With the mouth-watering price of Rs 21,499, the Nubia Z17 Mini joins the dual camera club along with loads of interesting specs. But, is it a value for money smartphone, let us find out. 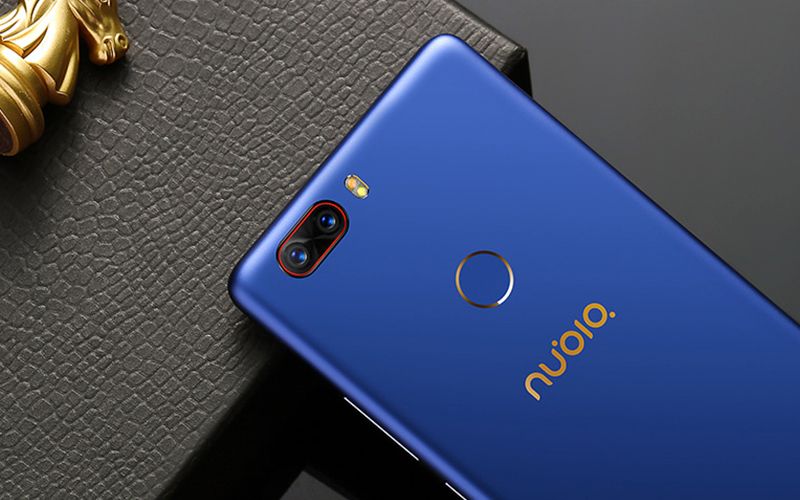 The Nubia Z17 Mini Limited Edition features an all-metal unibody premium design that resembles Nubia M2 Lite, especially with the diamond cut shining gold rim that runs across the edges. The smartphone is made available in three colour variants – Black and Gold and a limited Aurora Blue Edition that we received to review.

The phone comes with a matte-finish smooth textured back which is tad slippery in nature so it is advisable to use a cover with it. The back also houses the dual camera setup on the top left alongside an LED flash. Below the camera lies the fingerprint sensor. Nubia’s branding is prominent at the center. The camera bump is very slight to avoid scratches. 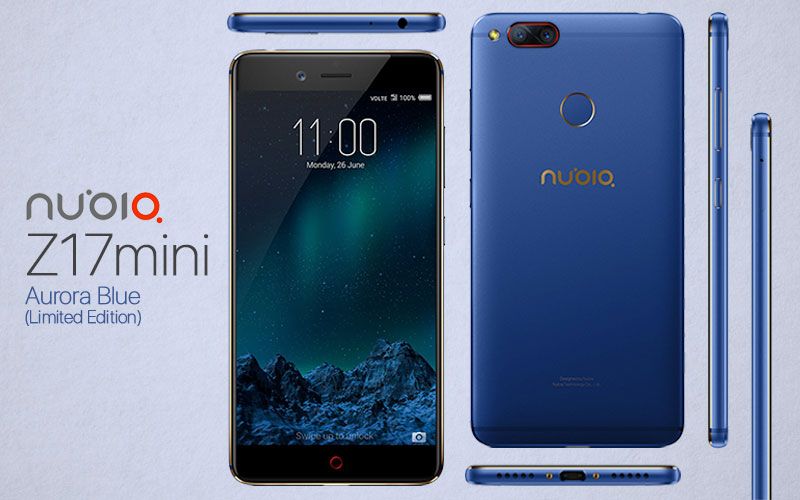 All the navigation buttons are situated below the screen while the volume rocker and the power button lie on the left. The SIM and microSD card slot is placed on the right. There is USB Type-C charging port at the bottom alongside stereo speakers. The 3.5mm audio jack is placed at the top.

Similar to other Nubia devices there is a red rim around the rear camera module and the one around home button which lights up when the display is on or when there is any notification).

On the front, there is a 5.2-inch full HD display protected by 2.5D Corning Gorilla Glass layer. There is a 16MP selfie camera above the screen, along with earpiece and usual sensors. The smartphone weighs only 155 grams and is just 7.45mm in thickness which is indeed sleek. 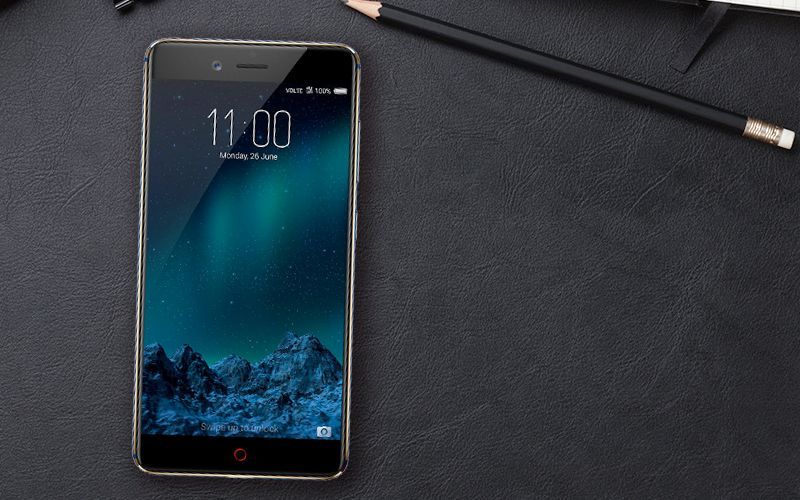 The Nubia Z17 Mini Limited Edition does not come with 2K or 4K display like the most the smartphones launched recently. The company decides to stick with the conventional 1080p display with a rather improved 424ppi pixel density. However, not going by the specifications, the display on the Nubia Z17 Mini is very crisp and provides a rather vivid experience. It is also very bright and comfortable for viewing in an outdoor environment, the brightness is enough to read text comfortably even on a bright sunny day. The colours look natural on the LTPS IPC LCD along with impressive contrast levels.

The 5.2-inch display for us is ideal in a smartphone that allows you to watch videos, play games and browse web comfortably without bulking the overall design like other Chinese OEMs.

The display is more than just a touchscreen as the innovative hardware and software marriage provides Z17 Mini Limited Edition comes with a new interactive UI. The Nubia FIT 2.0 atop Android 6.0.1 Marshmallow helps the device perform various interactive functions on the device without actually loading the device with additional sensors. Touch gesture allows you to trigger interactive responses such as switching between the apps in the background, adjusting screen brightness, returning to the last used page and clearing the apps running in the background with just swiping your finger on the screen.

These gestures may seem complicated to use at start but once you get used to it, it becomes quite handy while performing day-to-day tasks. 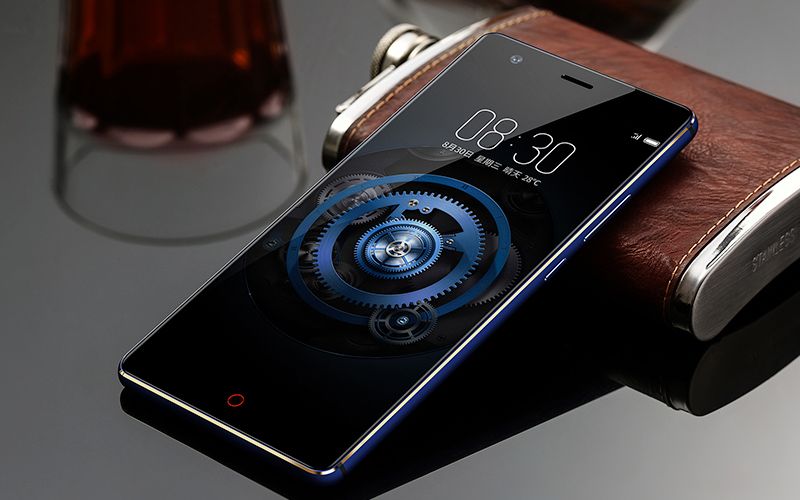 The Nubia Z17 Mini sports massive RAM that is more than what is offered by other OEMs in this price segment. We tried testing the device RAM by running 17 apps simultaneously and tried switching between them. The 6GB RAM efficiently handled all the apps running in the background. We also tried switching between heavy duty games including Injustice 2, Asphalt 8 and Angry Birds and the device did it smoothly without offering any lag, but skipped a few frames while loading Injustice and Asphalt. However once the game loads completely the game runs smoothly. 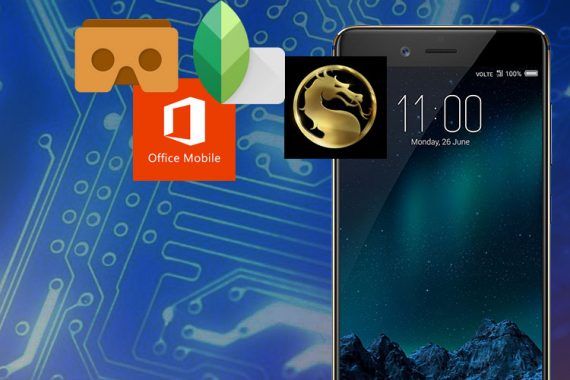 The 6GB of RAM is paired with a powerful Qualcomm Snapdragon 653 SoC and Adreno 510 GPU. The device is able to perform day-to-day tasks without even giving a lag. The screen navigation is very smooth, the app fires up quickly and camera works lag-free.

The Nubia Z17 Mini Limited Edition offers an internal storage of 128GB that can be expanded using the microSD card slot up to 200GB.

With actual use, that includes social media platforms like Facebook, Instagram and Twitter, some web browsing and playing games the battery did not even last a single day. You will get a warning before the end of the day and you may have to plug-in the device before going to bed if you have the habit of using your phone in the bed before going to sleep.

With moderate use, it manages to last a day but little gaming will drain the battery really fast. The battery performance is not impressive compared to its competitors that offer more than one day of backup. Though Snapdragon 653 SoC supports fast charging but Nubia is not offering it. The phone takes around 2 hours for charging from 0 to 100 percent. 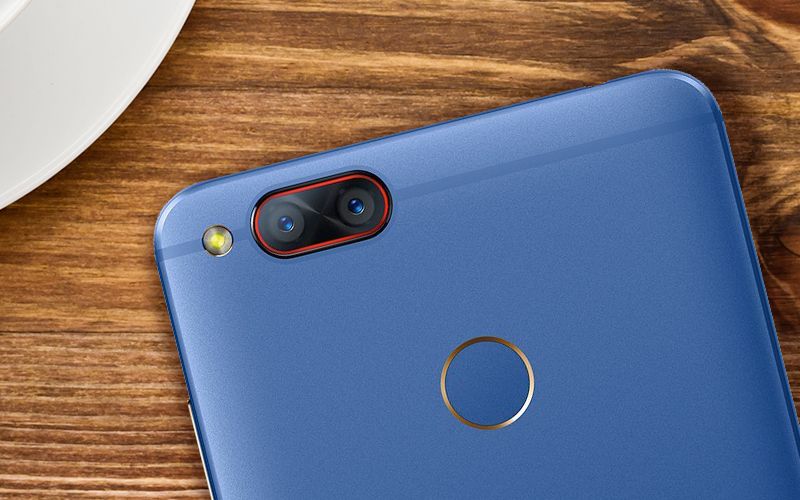 The camera is the biggest highlight of the Nubia Z17 Mini Limited Edition smartphone. The device sports two 13MP camera units on the rear, powered by Sony sensors. One of the two is an RGB sensor while the other is a monochrome sensor. The combination is meant to yield improved colour combination in a photo. Photos captured from Limited Edition Nubia Z17 Mini’s camera are quite good but are not very impressive when seen on a larger display. The camera setup has a Sapphire glass protective lens on the sensor.

While the camera delivers good quality photos in the Auto Mode, there a number of modes and filters to choose from. We tested various modes and they all very well able to justify themselves. Our favourite mode happens to be portrait mode. The mode uses certain algorithm to focus the selected area and blur the background.

The camera on the smartphone is powered by Nubia’s Neovision 6.0 technology that offers a lot of filters and modes for those who like to experiment with their photography. The modes offered include Multi Exposure, Light Painting, Electronic Aperture, Slow Shutter, Trajectory, Time Lapse, Slow Motion, Panorama, Macro, Mono, Zoom Blur and more. The camera is capable of recording 4K videos also, something that is usually not seen in midrange smartphones.

The selfie shooter on the front is even more powerful in terms of pixels. The 16MP camera sensor packs a 5P lens and an aperture of f/2.0 with on-screen flash. The selfies captured from Nubia Z17 Mini Limited Edition are crisp and very detailed. It also allows you to capture wider selfies with 80-degree wide angle lens.

The Limited Edition Nubia Z17 Mini has a wonderful camera in the midrange smartphone segment. 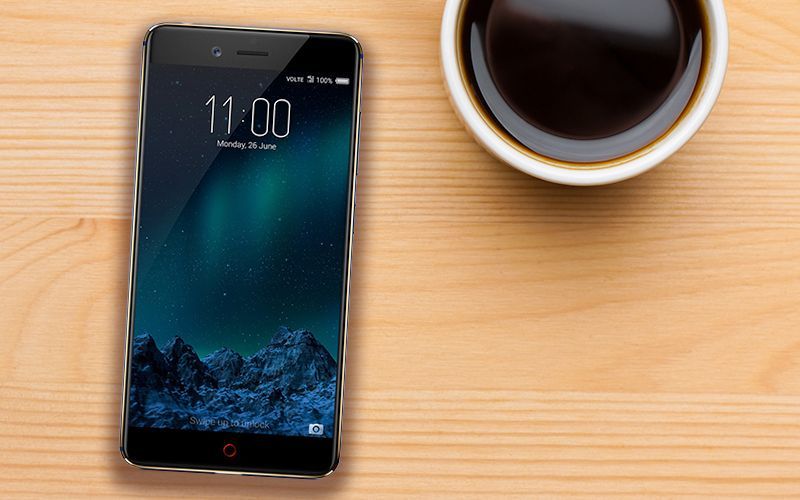 The Limited Edition Nubia Z17 Mini packs latest software and hardware combination, but one thing that is not easy to digest is the dated Android 6.0.1 Marshmallow. When all the companies are launching Android Nougat updates for their device and also announcing Android Oreo updates soon, and Nubia is stuck to Android Marshmallow when there are phones that offer Android Nougat under a price range of Rs 15,000.

However, it does not feel that bad as the device comes with its custom UI, Nubia UI 4.0 atop Android Marshmallow. It is Android skin by the company that offers a lot of customization and gesture controls.

Talking about the UI, there is no app drawer so all the apps are arranged on the homescreen, but allows you to make folders to avoid inconvenience and arrange the apps as per use. There are a few pre-installed apps that the device has to offer that may prove useful in day-to-day use but it is recommended to install Chrome browser for web browsing.

The edge gestures are difficult to use at first but are very useful and easy to use once you get used to it. One of the features that is not common these days, but have managed to make its place in some of the recent flagships is Super Screenshot App. Super screenshot lets you capture long screenshots, screenshots in different shapes and record screen in the app. Screenshots can be captured by placing the finger at the fingerprint sensor located at the back of the phone.

The phone also lets you clone apps allowing you to use two different accounts – one for home profile and one for work – simultaneously. Which means you can use two Facebook, Twitter and WhatsApp account on a single device. 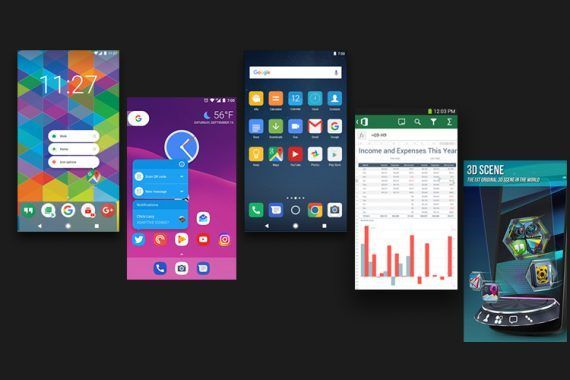 Swiping up from the bottom of the screen lets you activate the dual window that means the screen is divided into two. There is also portrait and landscape slip option.

The Limited Edition Nubia Z17 Mini also packs various other smart sensing features such as bringing the phone nearer to ear will attend the phone call, flipping the device will mute the ring while receiving a call or mute the media playback. The recent apps and notifications can be cleared with a shake.

The smart gestures on the device let you perform day-to-day tasks easily but still has a lot to learn. We also expect Nubia to launch the Nougat update for the smartphone soon as Android Marshmallow may prove to be a major setback as of now.

Should I Buy It? 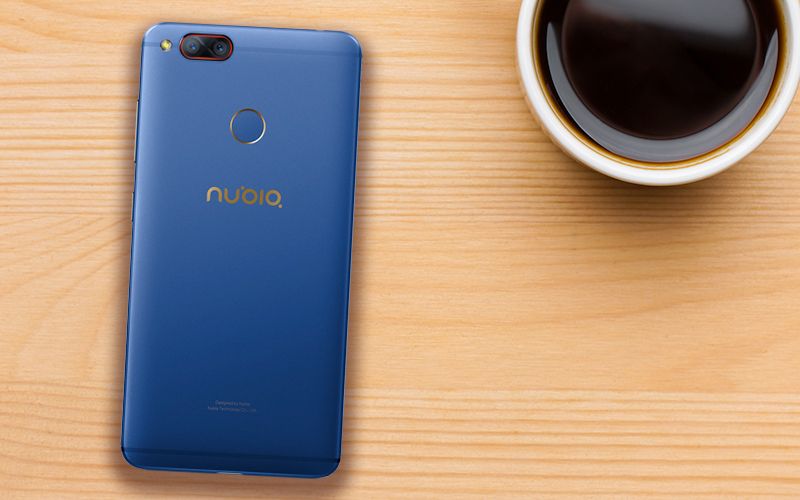 The Nubia Z17 Mini Limited Edition looks nothing less than a premium smartphone with excellent built quality and Aurora Blue colour. The appealing all-metal design, one of the finest dual camera setups, ample RAM that allows you to perform lag-free multitasking and seamless storage makes it a good competitor in the mid-range smartphone segment. The Snapdragon 653 SoC coupled with Adreno 510 GPU provides excellent gaming experience.

The Android 7.0 Nougat might have made the device most value for money device in the asking price. The UI also need to learn a lot, but with the Android Nougat update will make it a complete package. The device is not waterproof and also does not support fast charging but the power-packed performance of the device overdid these shortcomings.

The device is priced at Rs 21,499 for Aurora Blue colour while the standard version costs Rs 19,999, making it one of the most valuable smartphones in the market today. 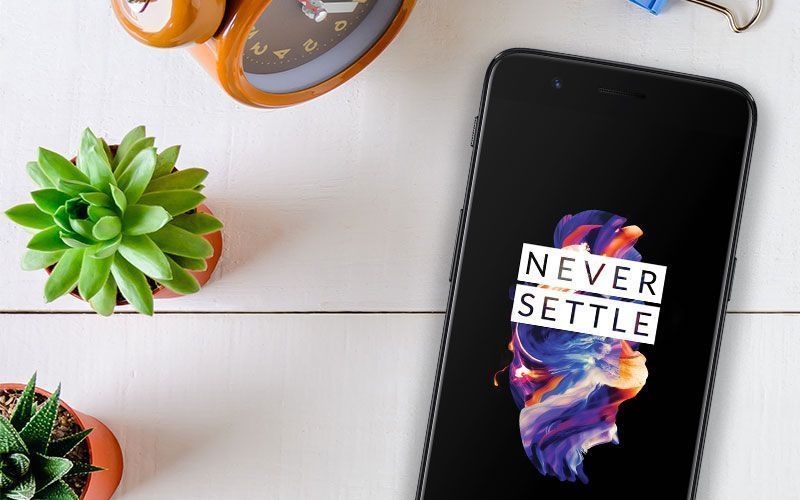 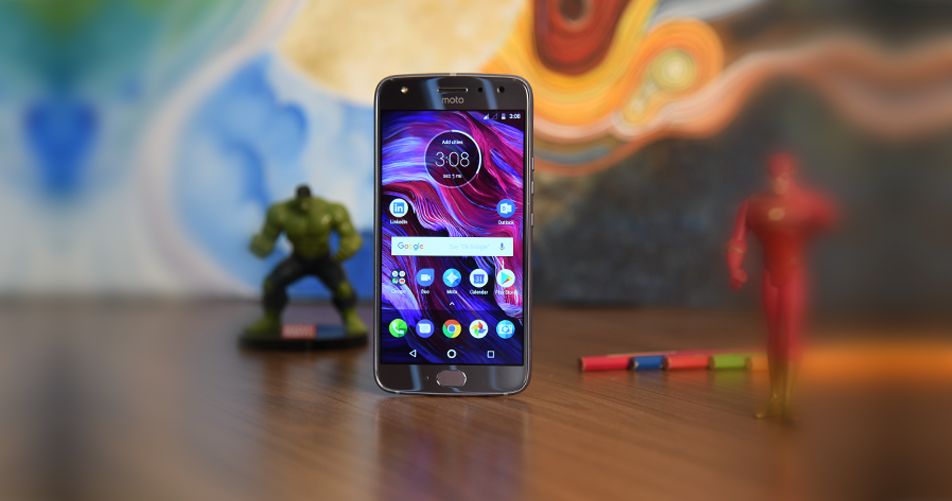 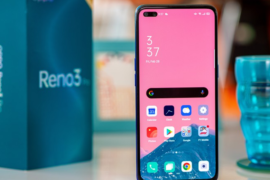 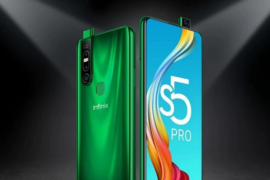 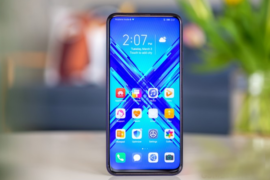