Mid-range smartphone segment has seen a sudden flow of options in recent past.

Mid-range smartphones are no longer the same as it used to be a few years back. Things have changed and people have started thinking about their choice in smartphones. Gone are the days when people in India used to buy the cheapest option available in the market. The least expected person may come up with queries related to RAM, internal storage and camera of the smartphone. To make things worse, there are a plenty of options for him to compare your product with. With few of latest hot entries, the mid-range smartphone market in India is blooming and we have dived in this sea and brought you some of the best deals that you can grab if you are also in search of a powerful but pocket-friendly smartphone. 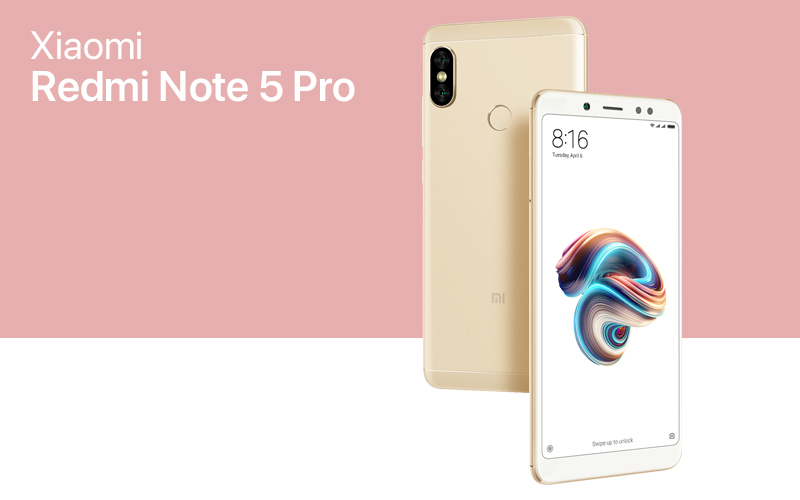 One of the two most beautiful phones launched by the Chinese giant recently is Redmi Note 5 Pro. The phone comes in an elegant sleek all-metal bezel-less design. The edge-to-edge display, face unlock capabilities, decent dual camera great build quality and a competent dual camera coupled with bright and vivid display make it a perfect eye-candy. 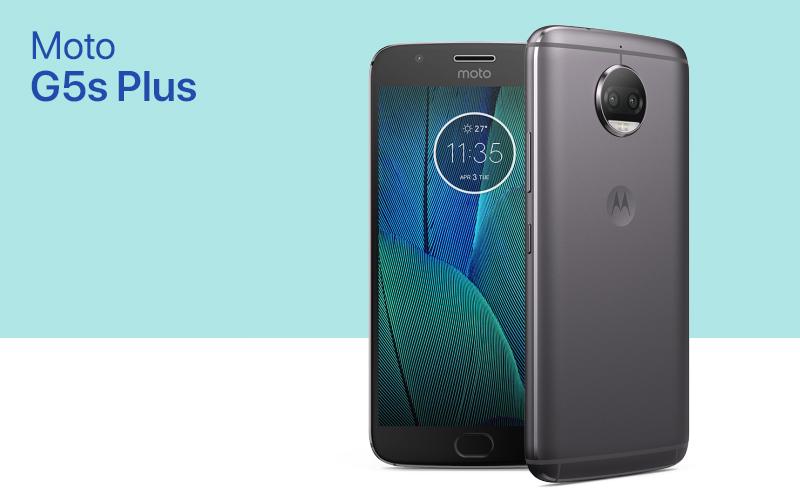 After Motorola’s acquisition by Lenovo, the company has performed extremely especially in the mid-range and budget smartphone segment. The bloatware-free near to pure Android experience and a single aluminium piece chassis make it a strong contender in this segment. The decent set of processor, great build quality and decent cameras make it a sensible choice.

The Moto G5S Plus comes with 5.5-inch display with an impressive screen resolution of 1920×1080 pixels. It is powered by Snapdragon 625 coupled with 4GB of RAM. The internal storage offered by the device is 64GB. The dual 13MP camera sensors perform outstanding given the price tag of Rs 12,999. 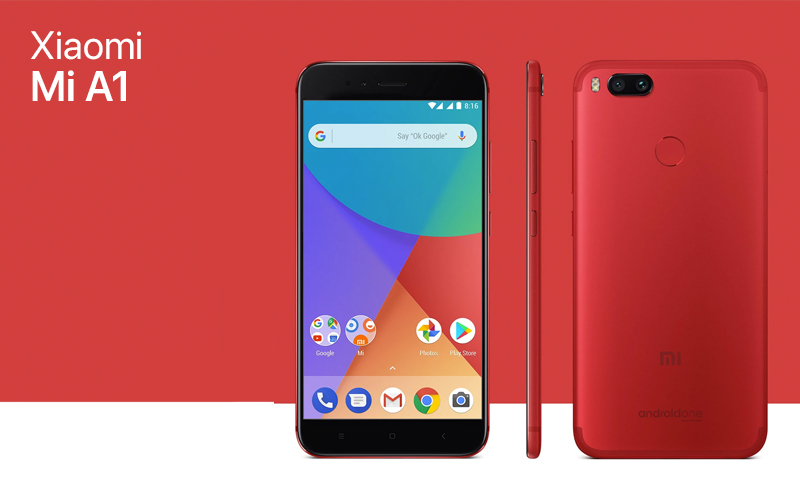 Another masterpiece by Xiaomi, the Mi A1 was the first smartphone from Xiaomi to run on Android One providing pure android experience. The dual camera setup on the rear is pretty impressive.

The phone comes powered with Qualcomm’s Snapdragon 625 SoC coupled with 4GB of RAM. The display is 5.5-inch tall and offers internal storage of 64GB that is further expandable with the help of microSD card. On optical front, there are two 12MP camera sensors on the rear that help you capture portraits in Bokeh mode. It comes with fast charging support and is priced at Rs 13,999. 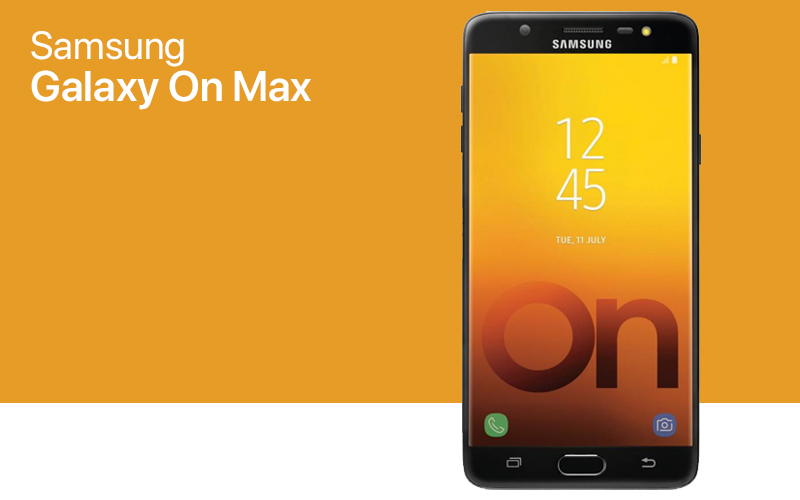 Samsung is a company that has spread its legs in all the sections of the smartphone market. The best mid-range offering in Samsung’s popular Galaxy lineup is the Galaxy On Max.

The phone comes with a 5.7-inch display which is taller than any other smartphone by the South Korean giant in mid-range and budget segment. It is powered by MediaTek MTK6757 processor which is aided by 4GB of RAM. The internal storage offered by the device is 32GB which is expandable one. The lack of a dual rear camera setup may prove to be the deal breaker but if that’s not the problem, this phone might prove to be a smart choice. It is priced at Rs 14,900. 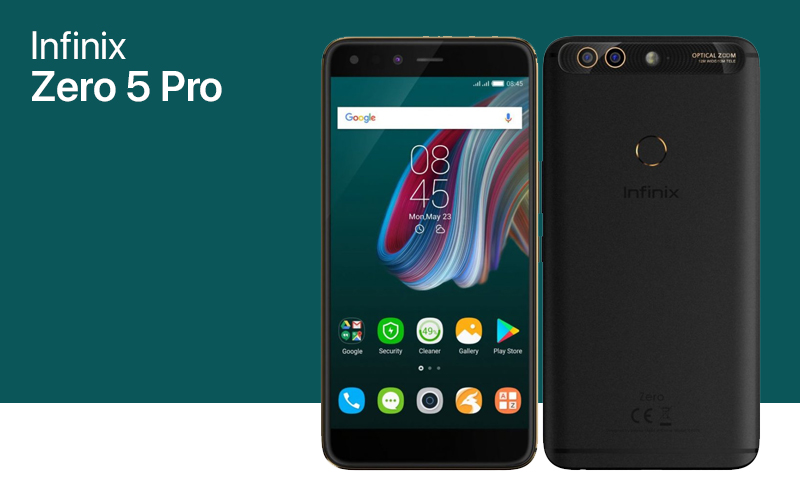 You must not have heard quite much, but giving a chance the phone is surely capable of changing your perception. The massive 4,350mAh battery makes it an idle for heavy usage throughout the day.

The display on the phone is 5.98-inch tall which is a full HD one. It is powered by MediaTek Helio P25 MT6737 processor coupled with massive 6GB of RAM which is capable of handling anything you throw at it with ease. It offers 64GB of expandable storage and comes with a dual rear camera sensor on the rear. There is also a 16MP camera sensor on the front with flash for selfie lovers and is priced at Rs 19,999. 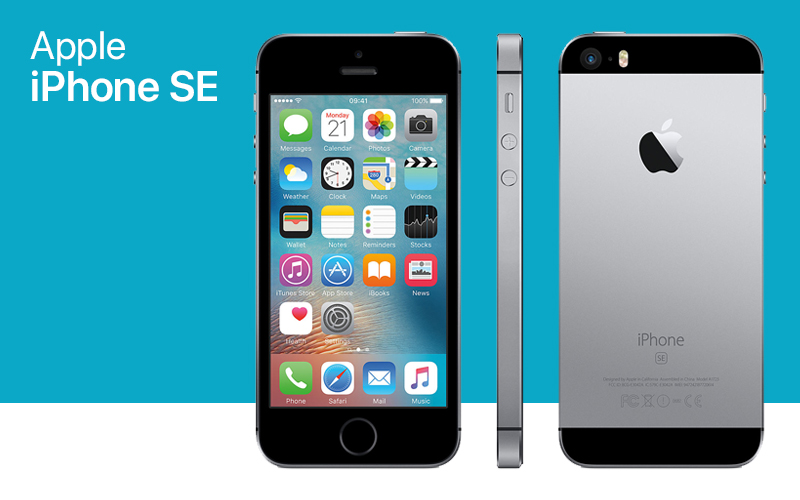 Made in India, the compact smartphone from Apple is still one of the most selling devices in this price range. The compact design with a powerful processor and handy 4-inch display make it a great buy.

It is popularly known as iPhone 6s encased in a smaller body. The phone offers 4-inch retina display, powerful processor, great set of cameras and good build quality. What else can you expect from an Apple phone at a cost Rs 18,999? 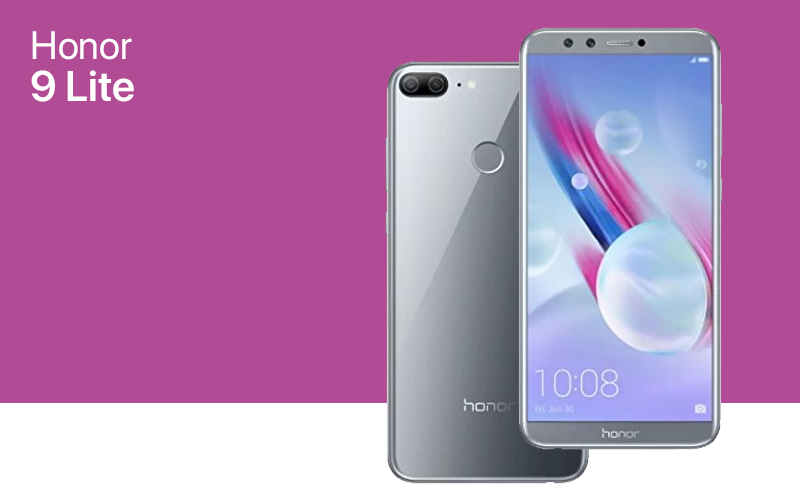 How can one forget the moment when Honor showcased a four camera smartphone. The revolutionary quad-camera phone along with all-metal body and bezel-less design that too for just Rs 14,999.

The Honor 9i Lite houses a 5.6-inch edge-to-edge FHD+ display. It is powered by Huawei’s very own Kirin 659 processor that is aided by 4GB of RAM. The internal storage offered is 64GB that is further expandable. There are 13MP+2MP camera sensors on both front and back allowing users to capture portraits in Bokeh mode using both front and rear cameras. It is priced at Rs 14,999. 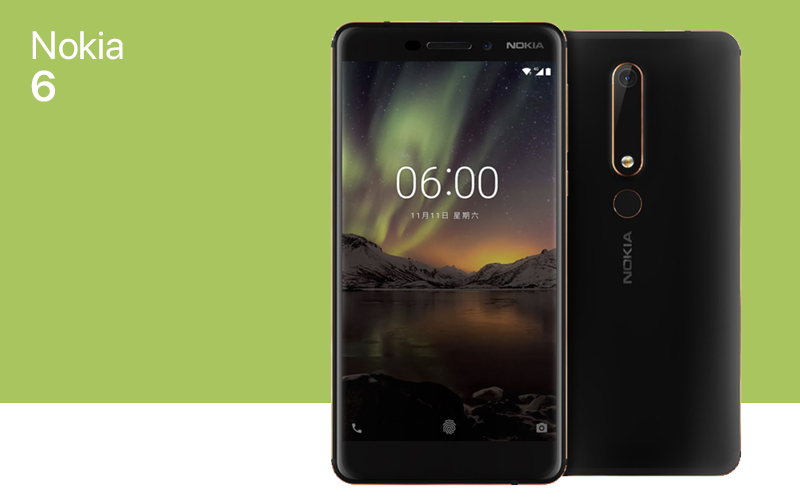 Ever since Nokia made a comeback in January last year, it has marked its presence in all the segments of smartphone market. The Nokia 6 offers decent hardware and software marriage at a price tag of Rs 12,999.

The phone sports 5.5-inch FHD+ display with a screen resolution of 1920×1080 pixels. It is powered by Snapdragon 430 octa-core processor and runs on Android Nougat with Android Oreo update promised soon. The phone offers 3GB of RAM and 32GB of internal storage. There is an 8MP front-facing camera and a 16MP camera sensor on the rear as well.

The standout features include all-metal unibody and dual speakers with dedicated amplifier and Dolby Digital Sound. 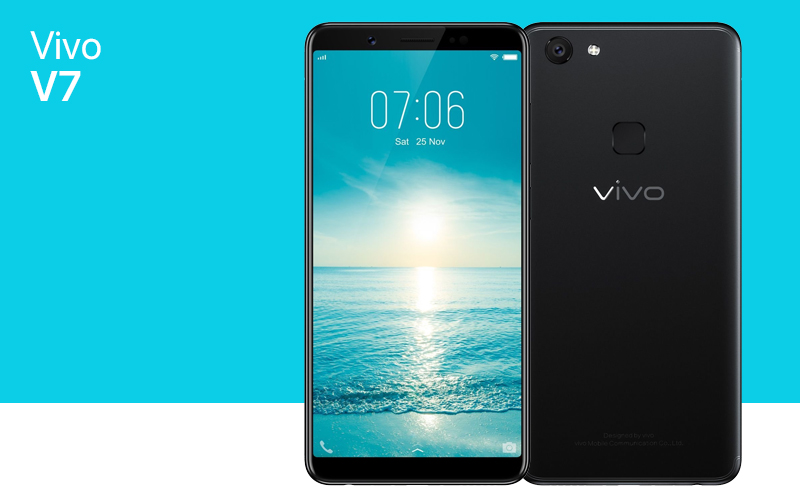 Vivo has made a special place in hearts of selfie lovers in India with its selfie-focused V series. The Vivo V7 was launched with a FullView display and a 24MP front camera with moonlight flash.

The bezel-less display on the phone is 5.7-inch tall and comes with a screen resolution of 1440×720 pixels. The phone is powered Snapdragon 450 processor clocked at 1.7GHz. It offers 4GB RAM and an internal storage of 64GB which is expandable one. There is a 16MP camera on the rear and a 24MP camera on the rear for capturing captivating selfies. It is priced at Rs 16,990 and would be a smart choice for selfie lovers. 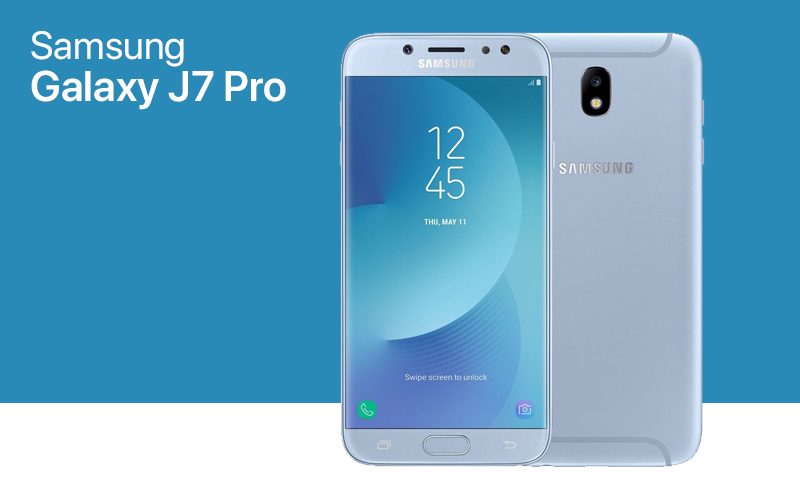 If you do not want to experiment but want a decent phone that can perform all the daily tasks but is little upfront, Galaxy J7 Pro is a smart buy.

It comes with a conventional 5.5-inch display with a screen resolution of 1920×1080 pixels. The phone is powered by Exynos 1.6GHz octa-core processor coupled with 3GB of RAM for a free flow of day-to-day functionalities. It offers 64GB of ample storage that is expandable one. The phone sports 13MP camera sensor on both front and rear and is priced at just Rs 18,900. 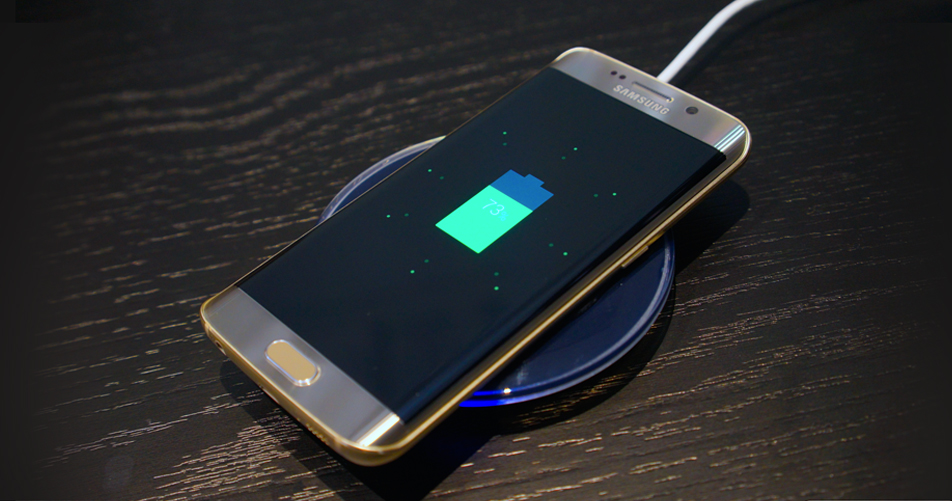 Do You Know How To Charge Your Phone The Right Way? 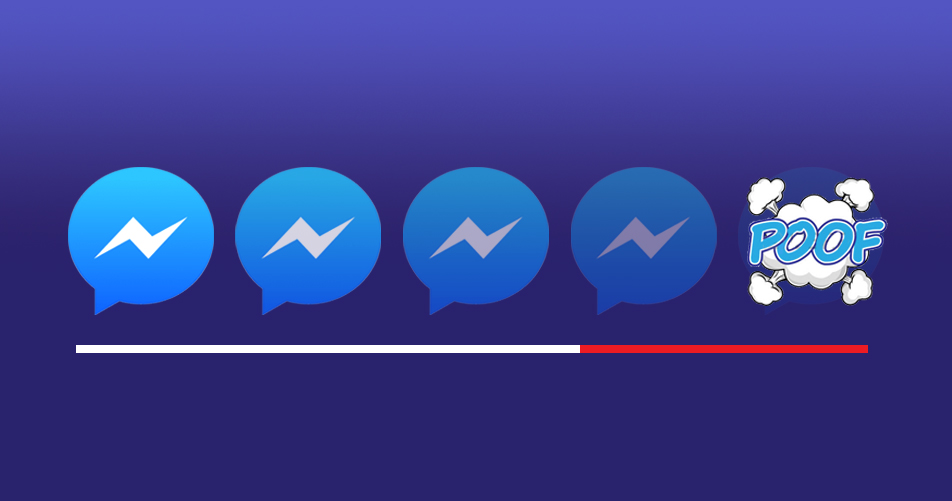 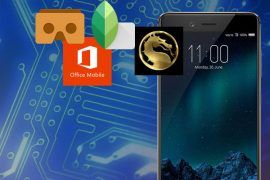